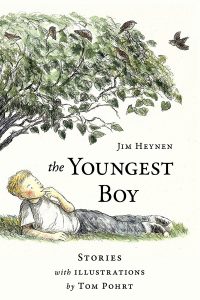 Description: Jim Heynen’s stories about unnamed farm boys first appeared many years ago with The Man Who Kept Cigars in His Cap. Several collections of the boy stories have been published since then and have been models in the short-short or prose poem form now used by many other writers. This is the first collection to focus on the youngest boy, a character who can be a dreamer one minute, a trouble-maker the next, and a problem-solver the next. The youngest boy’s charm is in his unpredictability.

Author: Best known for his short-short stories about “the boys,” Jim Heynen has published widely as a writer of poems, novels, nonfiction, and short fiction. 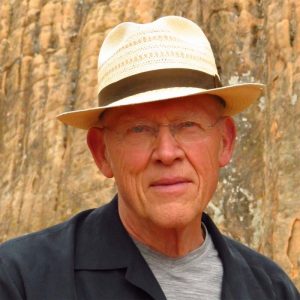 Jim’s stories about the boys have been featured often on National Public Radio’s All Things Considered, as well as on radio in both Sweden and Denmark.

Minnesota astronaut George Pinky Nelson took a taped collection of the stories for bedtime listening on his last space mission. One collection of these stories, The Boys’ House, was named Editors’ Choice for Best Books of 2001 by The Bloomsbury Review, Newsday, and Booklist.